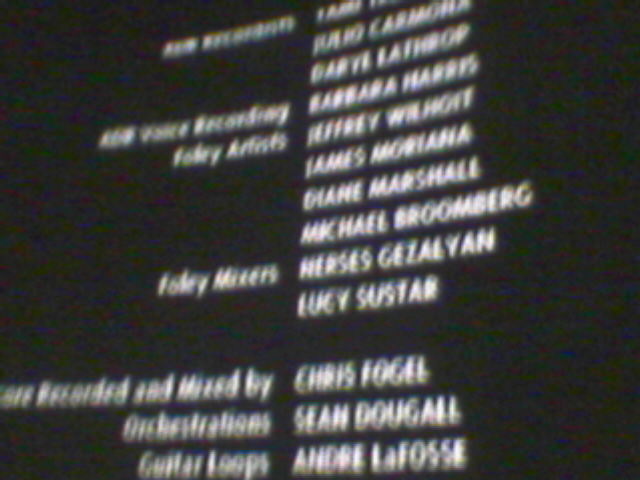 i think i’ll see it tomorrow.

And to think I was there when you were just a Dr. Who geek. Remember me in your Oscar speech.

“…and a special nod of recognition to Mr. John Ham, for his never-ending supply of snarky sarcasm at my every achievement!” 😉

I’ll be sure to give you no end of grief when Marvel publishes your first story. 😛

you’re into Doctor Who?

No word on a soundtrack at the moment, unfortunately – I haven’t seen it listed as an upcoming release. It’d be a shame if it isn’t made available, as it’s a really cool listen (my personal bias going without saying, of course.)

The Derailed soundtrack is altogether more mysterious – there is a CD release scheduled for November 8, but it’s coming out on the Wu Tang Clan’s label; the RZA (who acts in the film) has some material in it, and rapper Xzibit (who also has a part) may well show up on the soundtrack, too. No idea how much of Shearmur’s score (if any) may be on that album, or how much of those hyoothetical selected bits may contain my work. Or maybe there’ll be a seperate score CD just for that.

God Damn, these are nice problems to be able to worry about!

Just dropping in to say “Congrats” to Andre. Let me know when I can come out to LA to lay down some vocals for your next record. Take care!