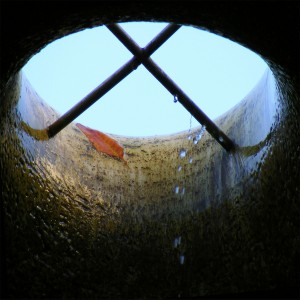 (click here for full reviews of The Hard Bargain)

“I wouldn’t say it was ‘ego-free’ music, because it still bestrides its sonic landscape like an Earth-conquering colossus, it is still possessed of a sense of mastery, but that epic character is extremely compelling, achieving some of the characteristic atmosphere of doom metal through a rather more subtle approach to its musical materials… a superb record that evokes a set of surgically precise emotional specificities. (Oliver Arditti)

“…the real crux here is a craftsman who understands and commands his resources impeccably, then limits the language they’re used to speaking in. By doing so, LaFosse has given a new tongue to his dreaded instrumental guitar rock album without once talking down to it, or the end-user.” (Mr. Atavist)

“…LaFosse’s exploration of the limitless breadth of his guitar’s buzzy growl and heavenly evocative choral wail. Not a full-circle affair, the album traverses vast music ground with the simple guitar-bass-drums format, leaving you in a very different state to that which it found you in, for better or worse.” (Matthew Fellows, Access All Areas Music)