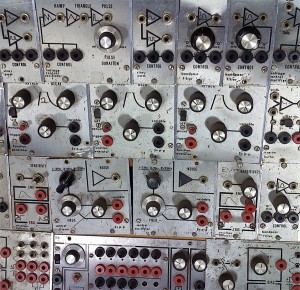 (click here for full reviews of Do The Math)

“Restless and ratcheting, Do The Math uses its sonic squall to offer up the apparent cutting-edge already in decay…or meltdown. A genre-hopping and bending exercise, Do The Math takes all the input, and doesn’t just reprocess, it rethinks. Sounding both compressed and squeezed to the breaking point in some places, the potent release LaFosse wrings out of his lab equipment is equal parts relief and revenge.” (Mr. Atavist)

“Restless, unconventional synthesiser manipulations intertwined with enormously juicy guitar playing make for an album that is simultaneously experimental and accessible. A serious piece of art that is infused with humour and play, and a tremendous display of chops in all areas of its production. More obviously concerned with texture and atmosphere than with melody or narrative, most of the tunes groove pretty hard as well. Do The Math is enormously engaging, very intelligent, and an outstanding piece of musicianship.” (Oliver Arditti)

“If The Hard Bargain is that quirky uncle whose maladroitness only serves to endear you to his oozing vintage cool, then Do The Math is the full-blown lunatic, annexed and extradited from your family gatherings. A work bursting at the seams with oftentimes terrifying dynamism, the album is quite the far cry from LaFosse’s other 2012 offering (Though if you’re looking for more of his sickly-sweet guitar lines, those are still to be found pervading the ultramodern synthesizer maelstroms.) (Matthew Fellows, Access All Areas Music)